The History of Our Great State of Ohio 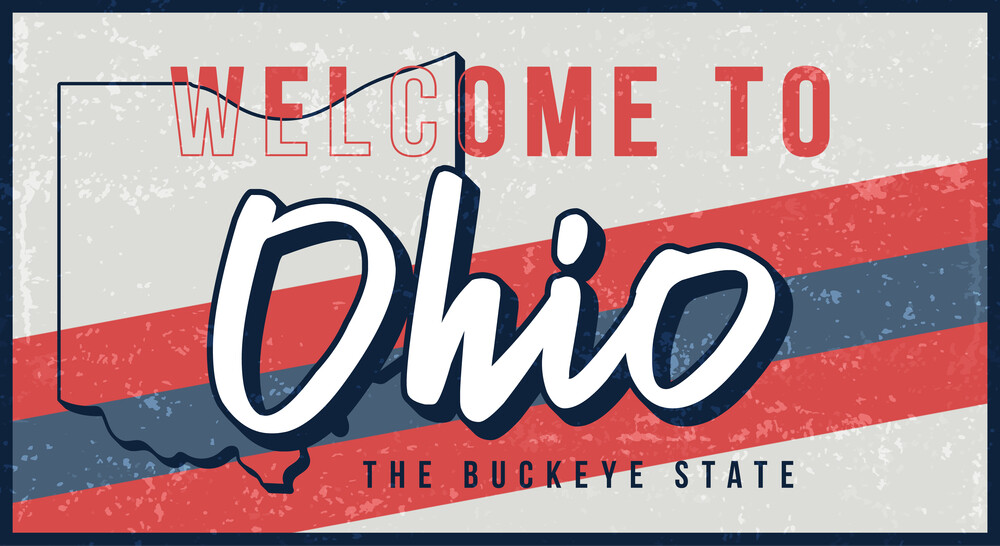 If you follow the Prestige Door blog, you know that we occasionally like to highlight the great state we live in. Sure, you come to us for all the latest and greatest garage door information, but we are a family-owned company based out of Uniontown, Ohio. We service Akron, Canton and the surrounding areas with expert garage door repair and installation needs. But we are also your friends and neighbors. Let’s spend some time being proud of where we came from and where we live.

Ohio was initially colonized by French fur traders, but would become a British colonial possession following the French and Indian War of 1754. It was not until the end of the American Revolution that Britain ceded control of Ohio to the newly formed United States. It was not until March 1 of 1803 that Ohio became a state.

Ohio was settled primarily by migrants from New England, New York and Pennsylvania. Southerners settled along the southern part of the territory, arriving by travel along the Ohio River from the Upper South. Northerners near Cleveland supported modernization, public education, and anti-slavery policies.

Throughout much of the 19th century, industry was quickly expanding across the Midwest and plains states. At the time, the United States was making a transition from an agricultural economy to an industrial economy, and the American Midwest would play a big role in that transition. In fact, one of the first iron manufacturing plants opened right here in Uniontown, the town Prestige Door is based out of. By the mid-19th century, Ohio would have a total of 48 blast furnaces open across the state.

The discovery of coal deposits further accelerated Ohio’s reputation as an commodities and energy-driven state. In fact, by 1853, the area around Cleveland was the third largest iron and steel producer in the country. And this was a trend that would continue for decades. By 1892, Ohio was ranked as the 2nd-largest steel producing state behind Pennsylvania. Ohio would continue to contribute to the manufacturing and energy might of the United States for many, many years to come. By 1908, Ohio had over 9,500 miles of railroad linking coal minds and oil fields with the rest of the country and industries around the world.

So, now you’ve learned a little about the history of Ohio, but there is so much more to this state. How about a little trivia? How much do you know about Ohio? It’s time to test your knowledge.

Interesting Facts About the State of Ohio

Did you know where the name of the state came from? Like so many other states, the name “Ohio” has Native American roots. Ohio got its name from the Iroquois word “O-Y-O,” which means “great river” in the native Iroquois language. The Iroquois has already settled between the Ohio and Great Lakes when American settlers showed up. It is the Ohio River that the Iroquois referred to when they named the state. The United States would then end up adopting the name when Ohio was nationally recognized and achieved statehood.

Cleveland, the capital of Ohio, is named after a land surveyor named Moses Cleaveland. In 1796, Cleveland surveyed the land around Cleveland for the Connecticut Land Company. You will notice a different spelling there. The city was originally named “Cleaveland”, but in the early 1930s, the Cleveland Advertiser dropped the “a” so that the city’s name could fit on is masthead. Once that happened, the new spelling took hold and Cleaveland was now Cleveland.

Another interesting tidbit about Ohio is that in the past it has been called the “Mother of Modern Presidents.” Why? Because seven Ohioans (both natives and residents) have ascended to the White House since 1869. Ohio is also known as the home of the Rock and Roll Hall of Fame in Cleveland, the National Underground Railroad Freedom Center in Cincinnati, and National Football League Hall of Fame in Canton.

We hope you have enjoyed this look back at the history of our great state. Here at Prestige Door, we are so proud to call Ohio home. Our goal as a company is to not only provide first-class professional garage door repair and installation services, but to enrich our community.

Whether you need a garage door checkup, repair, or installation, we are here to help. Next time you need us, simply call us at or fill out the form on our contact page. And for more information on the NE Ohio markets we serve, simply click or tap this link.